Walking the Boundaries of the Changing Landscape (Chamber Gallery, Rangiora, 2014) 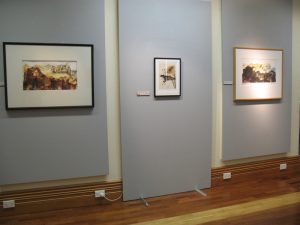 Walking the boundaries of the changing landscape

2009 and 2010 brought the completion of the 3rd series based on The Port and Banks Peninsula Hills. A book “Storyscapes “ was launched in 2010 and an exhibition planned the following year. The February 2011 disaster and the disruption to life in Canterbury meant that many of these works were unable to be exhibited.

The starting point for this series was one of reflection on the changes that the landscape has undergone, from its fiery beginnings to its present state.

As the series progressed environmental issues kept surfacing and in particular the regeneration of the native bush and the creating of walkways for all to enjoy.

How is this land to be measured? What is natural, both above and below the surface and what is humankind created, and what effect does this have on the landscape?

The watercolour paintings are in a narrative form, reading from left to right and these map the historical and environmental aspects in a spontaneous and informative manner. The oil paintings represent the nature, scenic and historical reserves that have been established to protect and preserve the native vegetation and natural features that are unique to this area. The mixed media are snapshots of a particular moment, impression, experienced when walking on one on the many tracks.

My last three series were based locally on the City, Port and Bank Peninsula hills -uniqueness, volcanic/permanence/impermanence, regeneration of plants respectively

In recent times the question of land and how is this land measured has become more poignant and bitter sweet.

Recent works continue with the dominate issues being the changes with the land, above and below. 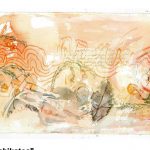 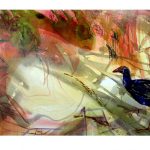 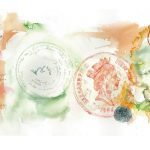 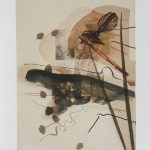